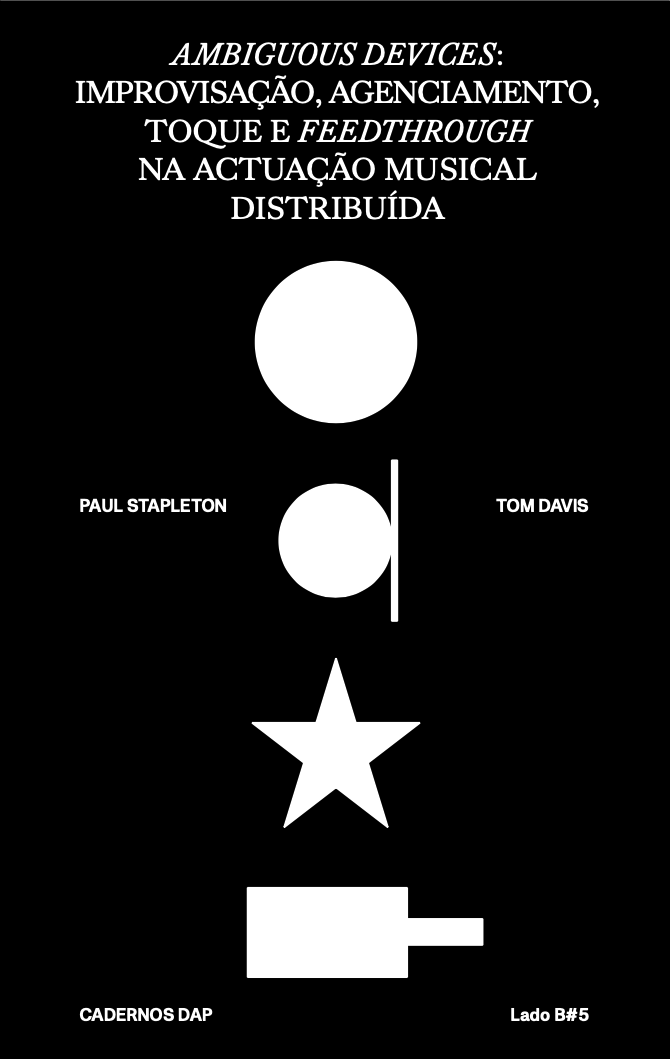 The artistic practices of our time present a unique and important characteristic: they run against the current of political reality of the contemporary world, concerning the closing of the latter in view of the increasing openness of the former.

In 1989 we thought that, with the fall of the Berlin wall, the world would become freer and freed from these abject constructions The reality of the last decades and, especially, of the last years disproved it: there have never been as many walls in the world as in our time. In other words, the forced closure is once again imposed as a form of powerlessness in the face of people’s desire for freedom. Walls, primarily, to prevent the entrance of “intruders”, of the Other. Of the many “Others”. As the Spanish philosopher Rosa Benéitez Andrés states in a recent text “The increasingly widespread abstraction and spectacularization of the stories and lives of individuals open the way to decree a new frontier, an extreme division between us and you; what social psychology calls ingroup over outgroup favouritism. This division should not entail major problems – would be nothing more than another form of social categorisation – if it weren’t for the fact that this you, which, as stated before, is only cosidered regarding profitability, may end up being excluded from our scope of morality.” It is therefore a moral problem. Perhaps for that very reason, despite its obvious interest in the problem, art excludes itself from this ethical binary. Art never wanted to be involved with morals. For art there are no moral or immoral notions because it is, first of all, amoral. Because it could not be any other way, mainly, due to a deliberate and intentional lack of legitimacy at that level that, thus, liberates it from that polar problem and places it somewhere else. That place is the opposite of closure. That place is the territory of openness.

The problem is not new, it has been brewing for a long time, decades. All the closures to which art has been subjected (disciplinary, medial, etc.) tended to dissolve themselves in a territory that seeks to encompass, without any hierarchy, sensory ways of making and being that challenge ocularcentrism, usually attributed to the Fine Arts.

Good that it is so.

Without the need to look too far back, how to define the Scottish artist Susan Philipsz, winner of the greatest world prize related to the so-called Anglo-Saxon denomination “visual arts”, the Turner Prize (in 2010), her being an artist that almost exclusively uses sound?

How to understand the work presented by the unsuspected American artist Bruce Nauman integrated in the famous “Unilever series” and exposed at Tate Modern’s turbine hall in London? The work consisted only of a group of plain and directional sound speakers that “sculpted” the space of the large room. Before and after, other artists proposed and exhibited their work there: visual, all. However, Nauman’s work marks an important turning point in the context of the set of exhibitions because he opposed the “emptiness” of sound to the visual spectacularization rehearsed by other artists in the occupation of the giant room.

Even universities and faculties of Fine Arts, like this one, had to adapt to this new multimedia and pluri-sensorial reality and introduce previously unthinkable curricular units in Fine Arts courses. Sound, in this specific case.

What may seem like a paradox in these examples, is only the search for extreme cases of sound autonomy in visual artists.

What is important to analyse here is the increasing permeability of the several media that combine in the same work to provide unity to the whole. Hence, also, the uselessness of a disciplinary discussion in the territory of art.

Another discussion is, anyway, pressing: the one that involves the need for skills. From the onset, skills to think about the media and then the ability to explore, experiment and take risks.

In a text that has been around for some years, Rosalind Krauss analyses this issue with her usual rigour, and, from our perspective, her conclusion is right: without skills, even if only conceptual, there is no chance for artworks. Only epigones from spheres other than art.

Referring to the mistrust that artists of the 20th century, radicalized in the 1960s with the emergence of Conceptual Art, had towards the idea of prestige of the work of art and its possibilities, based on the notion of “well done” as a marketable material, Krauss makes use of a quote from artist and conceptual theorist Ian Burn (member of the Art & Language group). The American historian states:

It was conceptual artist Ian Burn, of Australian nationality, who invented the term “deskilling” (unqualifying) to designate this phenomenon, although the term dates only from the early 1980s, a time when he was already seeing beyond the triumphant transgression of the gesture and seeing its descending tendency. According to Burn, the artist became a planner and entered a strangely imitative relationship with all those levels of society that we consider as the greatest parasites of work, creativity or of other’s competencies. These are the administrators, bureaucrats, managers, with their invented paperwork and forms to be filled out by others; this is the expansion of the buffer zones of alienation.

Closer to our time, the Swiss artist Thomas Hirschhorn, in one of his usual works that he designates “maps”, emphasizes this character of a new understanding of skills by placing the word “form” at the centre of his project. And, as we all know, Thomas Hirschhorn is anything but a formalist artist…

The text that we now publish reveals itself as an interesting source of discussion of these aspects. The artists involved are, inherently, experimenters with the materials that they choose to work with. In this case, a kind of sound objects, hence the so important term of their title “ambiguous devices”. But their experimentation is not based on “deskilling”, it is, rather, an experimentation that knows-how to make to transform it into making it known, a possibility of disassembly of what they do not want, operated by a very clear knowledge of what they intend.

Therefore, these are, many of them, objects, composed by obsolete materials (let us remember the important relationship between obsolescence and the work of contemporary artists) and, yet, of the greatest importance for the achievement of their objectives: the creation of “ambiguous” objects.

The word ambiguity, chosen by the artists for their objects and used often throughout the text, is of the greatest importance to them and to explain their ways of acting. Ambiguity moves these objects and these sonorities away to the field of subjectivities that are the base of all making and understanding of the artistic object. We will, therefore, speak about “ambiguity” as a kind of synonym for present subjectivity. The authors of the text often mention the set of words: ambiguity, subjectivity, indeterminism, experimentation. All of them notions referring to the core of art’s making process and of its autonomy concerning other spheres of thought, such as communication, for example.

Communication is one of the essential characteristics of these ambiguous objects because what the artists propose is to interact with one another in distant spaces and, yet, trying to avoid the trap of their integration in the global communication devices. To be sure, it would be much easier, but much less appealing, the experimental pleasure of the ambiguity that they want to bring to their performances. They state: “a light would increase in intensity to indicate to a local player the proximity of a physically distant collaborator to their instrument, and vice versa, with no other exchange of information across the network”. This, apparently obsolete, option contains two important choices: the use of ancestral communicative signs applied to a contemporary performance. But this affirms itself as one of the main differences between artistic practices and communication. There is no evolution in artistic thought, only difference. The use of obsolete devices is therefore an open possibility that communication, dominated by the technological up-to-date does not allow. Let us briefly recall the thought of the Spanish philosopher Garcia Bacca about the urgency of the obsolete: he rightly says that the obsolete, contrary to what is commonly thought, is not integrated in a layer of time linked to the past. The obsolete is embodied in the present. But it is not identified as the preponderant form of this temporality. Which allows, obviously, a huge openness, by opposition of the technological closing of communication (increasingly ephemeral due to the pressure of in- stantaneity). The borders that embody current artistic practices, are absolutely porous, so porous that they end up disappearing.

It is in that ambiguous and extraordinarily creative territory that the practice of these two artists is integrated. It is there, also, that this Doctoral Course has put down its roots and its practices: away from previously existing formalist and disciplinary fundamentalisms, but very conscious of the adversities that a global reality, technologically dominated by communication of instantaneity, puts to artists. However, we have one certainty, if such can be stated: the openness to the difference and diversity of the proposals only enriches a territory that is inherently elastic. I wrote many years ago that there is a utopia in all artists: to create something that may be, ephemerally, outside the territory, i.e., that is not naturally recognised by it. And then, just as Duchamp taught us with his “ready-made”, or Cage with his false silences, to force the territory to exercise its resilience and welcome them into its fold. But this can only be done without medial, disciplinary, or other, prejudices. It can only be done in a place of openness.

To be clear, we are not advocating for the rejection of cultural traditions and techniques developed through physical discipline; improvisation is perhaps at its best when the skills developed from practice are at times de- ployed, deferred and transgressed in a radical openness to the present.

To be clear, they tell us. There are no ambiguities here: the denial of closure may be a possible and beautiful definition of art.

The most diverse artistic practices of our present are here and will be here to prove it. There is only one way left for the university: to follow closely, to research and to be an important ally. 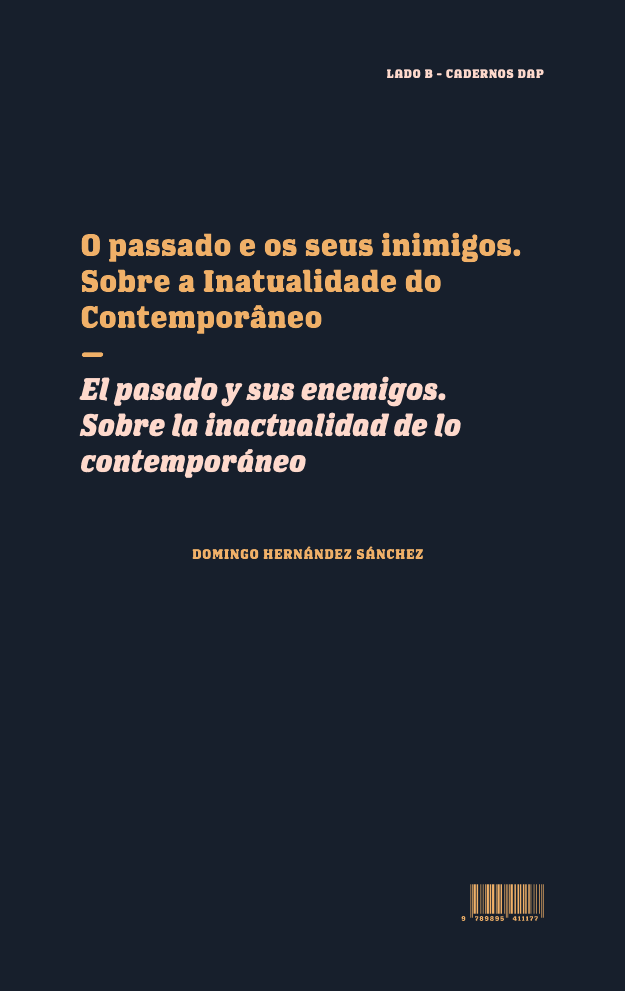 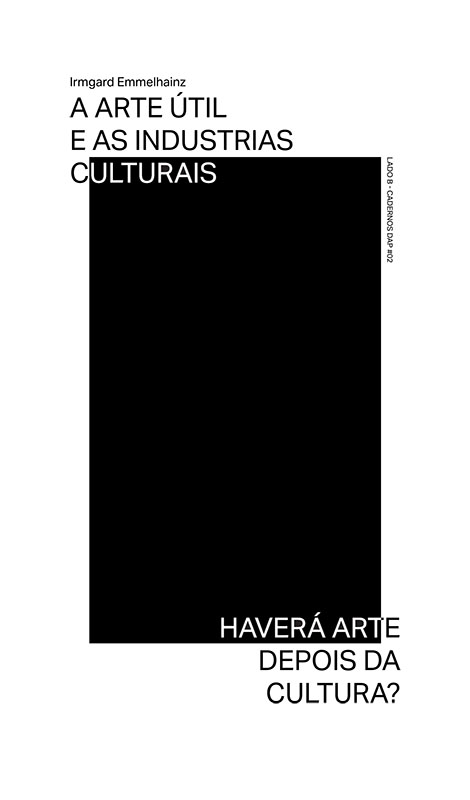 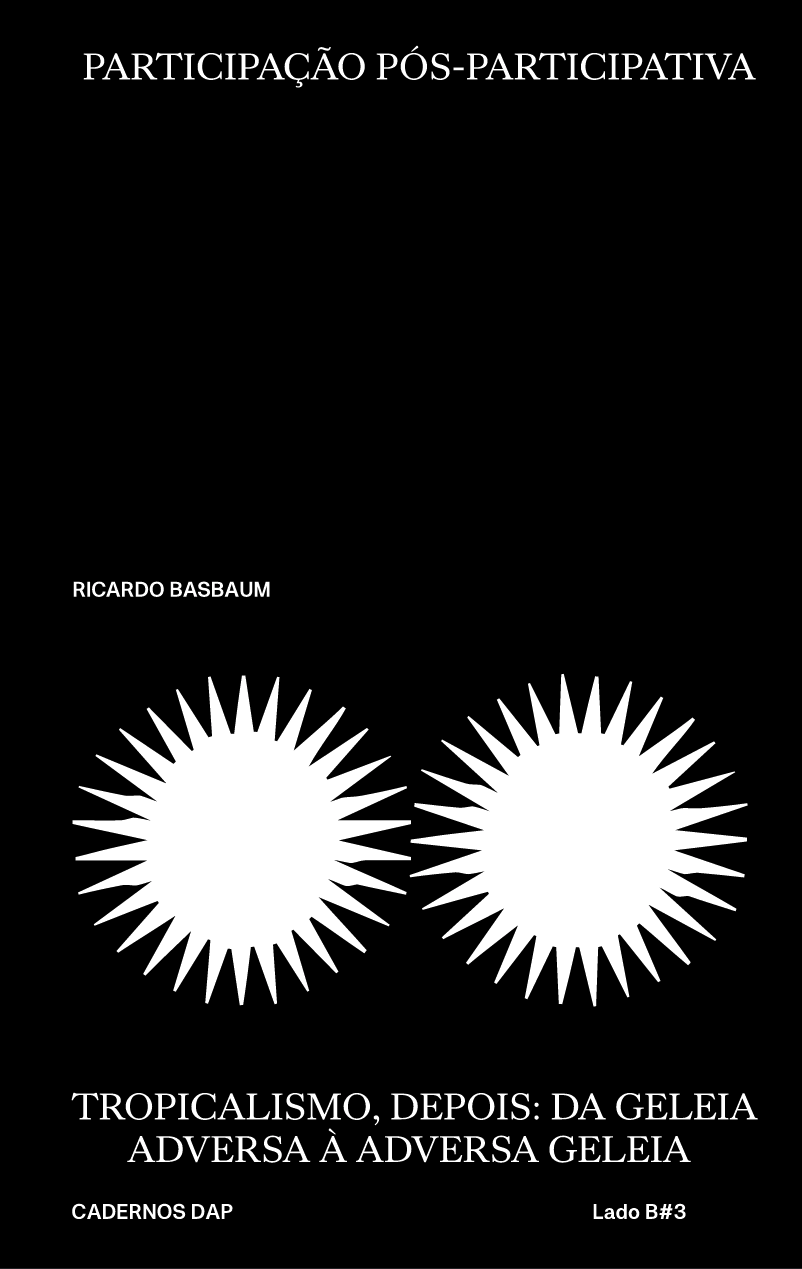