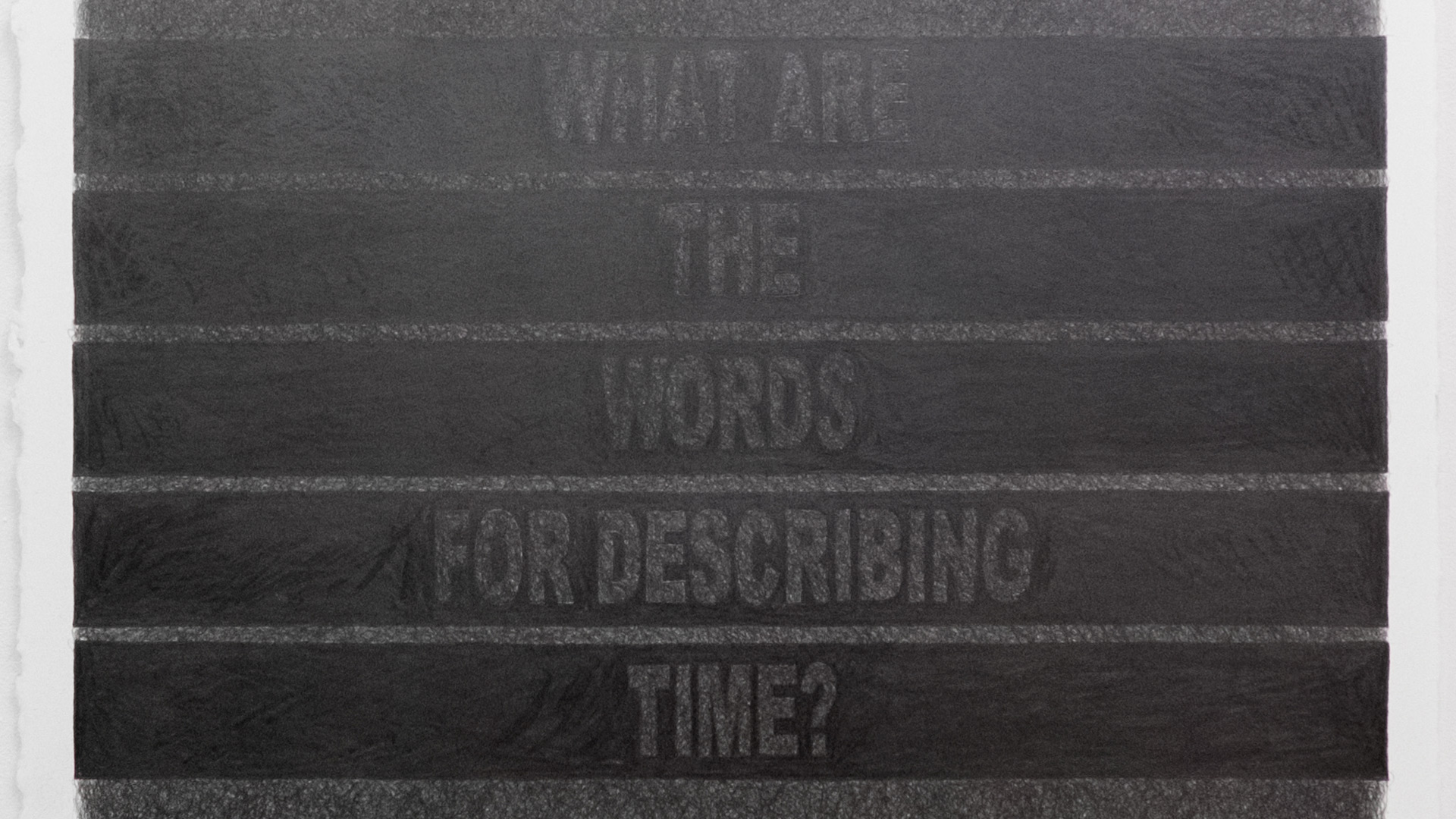 Nowadays we live in times recognized as being of global totalization. Time became operative. For its various flows to circulate, and when digitalized, it was compressed to measures that escape us. Therefore, the present becomes perpetual. The compression of the idea of now produced by technological voracity, creates a kind of new sublime, a techno-sublime. Consequently, the concept of contemporary becomes more complex (Agamben, 2010). The need for temporality in a time without time, in order to have time, produces a new situation known as social schizophrenia when the links in the time chain are severed (Jameson, 1991). Therefore, we become impatient with time. It has become, when we notice it, a kind of burden. We become impatient with everything and, as such, the art included. For this reason, rethinking the mechanisms of time and the forms of action that the most demanding temporalities require, is one of the most important political tasks of our time. For this reason, the essential question as direct participants are: What should we do?

Some hypotheses, based on existing projects, bring to the artistic practice a kind of need for survival in the light of adverse conditions, such as those that we face today. A gesture of survival of a life, which in our case is no longer naked (Agamben, 1998). It is coated with innumerable layers that make living simultaneously, stimulating and challenging, both on the production and reception side. And therefore, our pára-age-m (act of stopping) is not this stop. A more analytical look at the Portuguese word for stop uncovers the existence of two words within it that are almost contradictory: pára (verb to stop) age (verb to act).

We are talking about the contemporary possibility of rethinking and updating the notion of contemplation in the artistic practices, which we will call active, drawn from a Time Lab composed by artists, philosophers and researchers. This lab poses to itself the challenge of whether it is possible to access an expansion of its artistic and communicational experiences about what it does in order to achieve this, it starts from an extreme measure, from a shock [pára-age-m] and from an action-research methodology in arts, defended here as an artistic creation in a centrifugal movement, that proposes the displacement of the borders of the artistic objects to be created. This Time Lab is also concerned with the particular conditions of the reception of these objects from where their intermingling may occur, in different registers of thought, where, the realization of various events that require us to speak about the body, sound, image, of Time and, a fortiori, asks us about our condition. The artistic practice and active contemplation that is proposed here go through a temporal adjustment to the action of thinking and, as we all know, this reflective act takes time. Or, as T.J. Clark (2006) states: “Visual images that carry within them the possibility of genuine difficulty, genuine depth and resistance”. Some seminal works of contemporary arts can be included in this new contemplative possibility: “Un voyage en mer du Nord” by Marcel Broodthaers; James Coleman’s “slide piece”; Steve McQueen’s “Giardini”; “Study for Strings” by Susan Philipzs, “Albert’s way” by Francis Alÿs; “Artist at work” by Mladen Stilinovic; “4’33’ ’and“ As Slow as Possible ”by John Cage; “Gruppen” and “Klavierstucke” by Karlheinz Stockhausen; “La lontananza nostalgic utopian future” by Luigi Nono; “Unit Structures” by Cecil Taylor and “Pièces Froides” by Erik Satie, “Einstein on the beach” by Robert Wilson, “Leaking territories” by Alexandra Pirici. The intersection of multiple knowledges is one of the contemporary attitudes that was taken into account in the election of this research group that, starting from its different epistemic and artistic possibilities, which in turn are projected in unusual dialog lines. This research group has taken on this matured commitment about Time and the urgency to expand it. Thus, we form a body of artistic work in transit, in a kind of collective deep brake action, which will continue in the expected reception acts (time art journal, OBJECT, films / performances / installations, the conference, the publication “Music under construction ”, …), consequently exposing, in a broader common, an exploratory project on Time where the expected results will take longer, allowing, for this very reason, to access a sensitive and cognitive apparatus that helps us densify experience and knowledge. It was the search of an expanded time for our reflect-artistic tasks that led us to create the Time Lab, a space dedicated to the making and the knowledge, and it is there that we will keep ourselves in order to create the necessary conditions for a wide discussion that, nationally and internationally, promotes the knowingly making of the artists and prompts the philosophical interrogation to be carried out.