xCoAx is an exploration of the intersection where computational tools and media meet art and culture, in the form of a multi-disciplinary enquiry on aesthetics, computation, communication and the elusive X factor that connects them all. 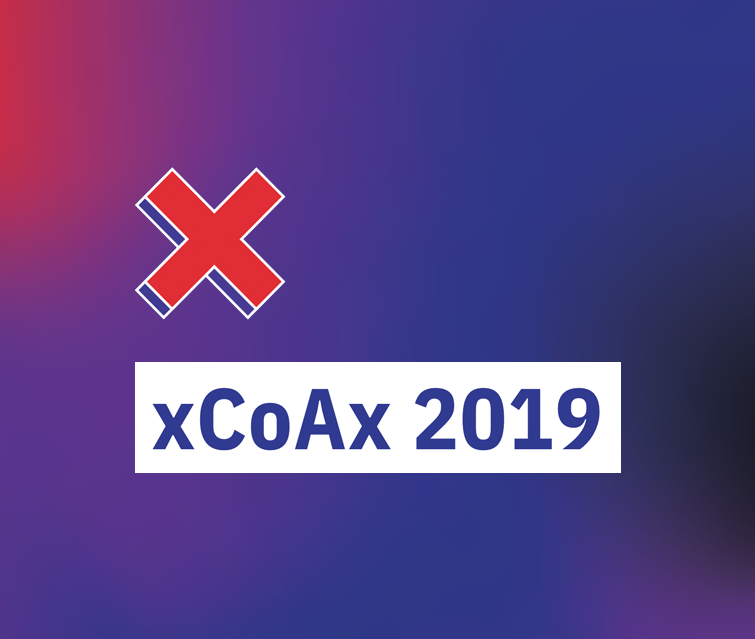 xCoAx has been an occasion for international audiences to meet and exchange ideas, in search of interdisciplinary synergies among computer scientists, artists, media practitioners, and theoreticians at the threshold of digital arts and culture. Previous editions of xCoAx took place in: Madrid in 2018, Lisbon in 2017, Bergamo in 2016, Glasgow in 2015, Porto in 2014, and Bergamo in 2013.

The focus of xCoAx is on the unpredictable overlaps between the chaos and freedom of creativity and the rules and determinism of algorithms, between human nature and machine technology, with the aim to evolve towards new directions in aesthetics.

THU 4 Jul |
Conference, keynote, performances. Presentations will be organised in panels chaired by a moderator that will lead a final discussion with authors and audience. A guest keynote will close the day.
evening: Performances.

Luciana Parisi
Luciana Parisi researches the philosophical consequences of technology in culture, aesthetics and politics. She is a Reader in Critical and Cultural Theory at Goldsmiths University of London and co-director of the Digital Culture Unit. She is the author of Abstract Sex: Philosophy, Biotechnology and the Mutations of Desire (2004, Continuum Press) and Contagious Architecture. Computation, Aesthetics and Space (2013, MIT Press). She is now writing on the history of automated reason and the transformation of logical thinking in machines.

Domenico Quaranta
Domenico Quaranta is a contemporary art critic and curator. His work focuses on the impact of current means of production and dissemination on the arts, and on the way they respond – syntactically and semantically – to the technological shift. He is the author of Beyond New Media Art (2013) and AFK. Texts on Artists 2011-2016 (2016), and the curator of a number of exhibitions, including Collect the WWWorld (2011-2012) and Cyphoria (2016).

Simona Chiodo
Simona Chiodo is Full Professor of Philosophy at the Politecnico di Milano, where she teaches Aesthetics and Epistemology and coordinates the interdoctoral course of Epistemology of Scientific and Technical Research. She was Visiting Professor in Edinburgh, Visiting Scholar in Pittsburgh and spent research stays at Harvard. She is a member of the Research Ethical Committee of Politecnico di Milano. Her research focuses on Epistemology (relationship between aisthesis and episteme, epistemological dualism and relationship between reality and ideality) and Aesthetics (beauty and aesthetics of architecture).

Philip Galanter
Philip Galanter is an artist, theorist, educator, and curator. As an Associate Professor at Texas A&M University he conducts graduate studios in generative art and physical computing. He is an MFA graduate of the School of Visual Arts in New York City. As an artist Philip creates generative hardware systems, light and sound sculptures, video and sound art installations, digital fine art prints, and light-box transparencies. Philip’s published research includes the scientific exploration of complex systems, and the development of art and social theory bridging the cultures of science and the humanities. His writing has appeared in both art and science publications.