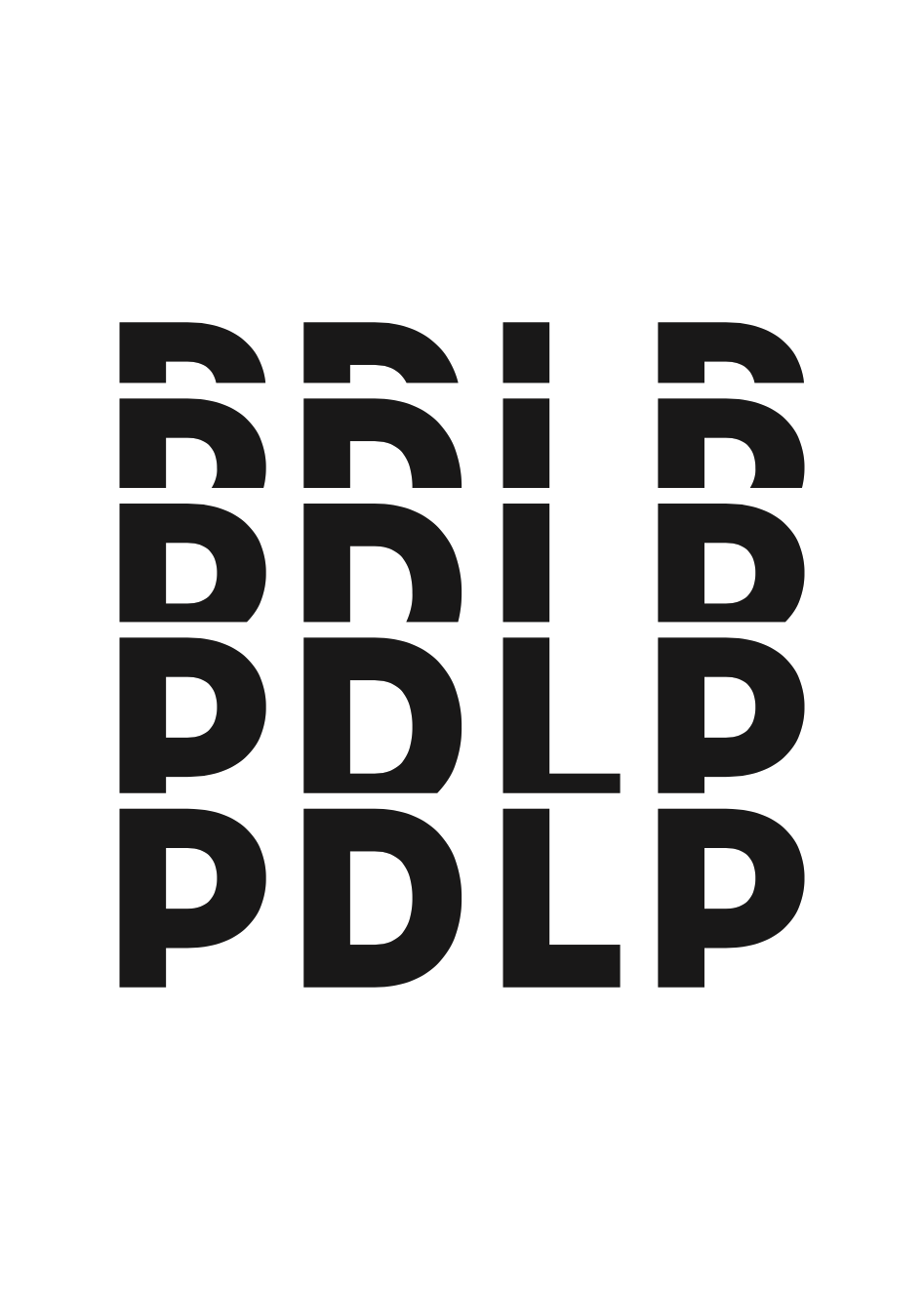 Welcome to the Post-Digital Letterpress Printing (PDLP) conference Book of Abstracts. A two-day international conference on traditional and innovative design practices using letterpress printing that took place on January 30 and 31st, at the Museum of the Faculty of Fine Arts of the University of Porto.

This conference aims to reflect on the current status of letterpress practice and research in the international context. In the last few years, we have been slowly witnessing the revival of this technology in Portugal, mainly due to the surging interest of the modern printers and typesetters — the current generation of graphic designers and visual artists. An interest, that follows the trend set in the last decade in other international contexts. As such, this conference gathers the researchers and practitioners of this traditional practice in the current post-digital editorial design contexts of the twenty-first century’s activities and technologies.

It was organized by the i2ADS (Research Institute in Art, Design, and Society), and the ID+ (Research Institute for Design Media and Culture) and involved different national K12 and higher education institutions, namely the ESD (IPCA), ESMAD (IPP), EASR, ESE (IPP) and ESAD. Also, the involvement of a national nonprofit association ATIPO and the international partnership with the Univali University from Brazil. This was only possible through joint effort and the involvement of the organizers and volunteers in this event. In this single-edition, mainly students, researchers and instructors have participated. Nevertheless, the involvement of the artists and professionals that maintain this practice alive was crucial. Many of these participants share both research and practice activities. During the contacts made to promote this event, we have confirmed that, albeit a defunct commercial production technique, letterpress in its different expressions — traditional, artistic, experimental, educational — is being explored in several different contexts. A testimony of this exploration is a very positive response to the call for submissions. We’ve received proposals from Brazil, England, France, India, Italy, Netherlands, Norway, Poland, Portugal, Russia, Spain, Sri Lanka, United States of America. Not only proposals for communications, but also for workshops and artworks exhibition. This somehow confirms that letterpress is still a very relevant and widespread activity in use today. Its practitioners vary their approaches ranging from commercial print services, to artistic and educational research.

This conference follows the format of previous similar research initiatives such as the Typography Meeting that takes place yearly in Portugal. Or the “Letterpress Printing: Past, Present, Future” that took place at the University of Leeds in 2018. And other showcase initiatives such as the “Imprimere”, a major Design exhibition and a massive catalog about the production of books, organized by ESAD in 2018. And more recently, the “Tipo: um encontro de Impressores Tipográficos” that took place in October 2019, in the Azores.

This conference features not only the presentation of the communications by national and international researchers that resulted from a call for abstracts — we’ve accepted 17 proposals (70% acceptance rate) — around the three main topics of interest: letterpress history, education and practice.

Letterpress, being a traditional industry on the brink of disappearance in northern and central Portugal [to mention the national context as an example], has also been the object of funded research projects that aim to reflect on the methods, strategies, and challenges within the scope of restoring a craft-based local economy currently on the decline.

The research of historical technologies of reproduction that have lost their active practitioners and its interpretations in contemporary art and design practice go beyond the confined research on letterpress history and technology, and cross design and fine arts practices. These issues addressing engraving and other artistic practices promoting the engagement with the complexity of the material print culture present in nineteenth-century print production are also a part of the PDLP.

Within this scope, many authors analyze and propose hybrid methods using traditional and custom-built tools that explore the limits of this medium. From restoring old methods to emulating or exploring beyond the limits of new materials and digitally-enabled processes. These use commonly CNC milled, laser-cut, digital printed or plotted parts and matrices, computer-generated shapes and solutions, varied hard and software solutions. Usually, interpreting or restoring historical models such as modular type designs.

Hence, the educational and museological spaces provide the ground to rethink the creative and technological advances and the impact of the ubiquity of digital tools in our daily lives. Not only by the nature of the results of the digital tools in contrast to analog media but also, allow us to rethink the role of the designer in specific editorial contexts such as traditional editorial processes, self-publishing or independent publishing, among others. Experimental, collaborative and material approaches are key ingredients in these contexts in order to produce solutions of higher value. Including but not being limited exclusively to letterpress allow to transcend the printing process itself, highlighting several other key aspects in the editorial and graphic design process. This allows its practitioners to question and explore the constraints of the physical nature of the medium and to experience the joy of the material process. As highlighted in this publication, these limitations actively promote the research of new thinking perspectives and printing aesthetics.

The discussion in this conference also includes studies on contemporary letterpress practice and how practitioners interact with technology in their ongoing work, along with the identification of an established reality of a creative community of practitioners.

Some approached the practical reality of the shortage of materials and tools, and the not yet sufficient contemporary alternatives as some of the reasons why so much of the production nowadays is led by nostalgia and has an overall feel of pastiche, making a statement for progress in letterpress practice.

Finally, as we have previously observed, being a complex technique it also promotes a collaborative approach. This also serves to strengthen communities in the process of finding and exploring resources and experimenting with new approaches. This confronts its practitioners and researchers with the dilemma of conserving the heritage of print in a traditional sense while exploring it and enhancing it with contemporary digital tools. And thus, challenging the role of the living, or working print museums, workshops, and educational institutions.

Catherine Dixon opens the PDLP conference by examining the history of the composition as a shared an often uncomfortable space of relationship with graphic design practice and education in the second half of the twentieth century in London. The value of this hands-on practice in establishing new alternative and experimental methods for teaching and the development of new design aesthetics. And how it rapidly proved its benefits and even extended to Portugal.

Amelia Fontanel and Richard Kegler follow the evolution of a typeface design over a century throughout different mediums and technologies since first being drawn in the early twentieth century. This continuous interest in type revival is provided by the innovative application of various technologies to the point that it is being traced back to twenty-first-century analog letterpress formats demonstrating that letterforms currently transcend the digital and material formats.

And finally, Jorge dos Reis closes the PDLP conference revisiting an extensive survey of letterforms conducted in the last twenty-five years. An analysis using the learnings drawn from the experience teaching and practicing traditional typography in England and in Portugal.

A curious and already expected outcome of this conference is the realization that a very significant group of practitioners is already exploring twenty-first-century digital fabrication technologies within the editorial production.

Also worth mentioning are the workshops. We’ve received several proposals to host workshops in traditional and hybrid techniques and included four in our conference program. Recovering historical production techniques: Gillotage, a workshop dedicated to the technological reconstruction a mid-nineteenth century relief printing technique developed to be combined with letterpress printing. Using modular printing systems: SuperVeloz, a workshop commemorating the centenary of Joan Trochut, the author of the Super Tipo Veloz typographic system, using a selection of modules cut with laser in methacrylate; and P22 Blox printing system, a set of modular letterpress printing blocks made from plastic that allow for a wide variety of lettering, experimental letterforms and pattern making. And the exploration of visual illustrations for an editorial design using typographic techniques: Letterpress and almost-revolutions, textual manifestos expressed through visual letterpress experimentation, celebrating the October 31 revolution date in Portugal.

As a closing remark, we’d like to thank all the authors, artists, participants, invited speakers, workshop instructors, and the members of the Program Committee and Organising Committee that helped to make this edition possible. We would also like to express our gratitude for the generous financial support from P22 Type Foundry, as well as from the FCT and UP grant support. A special thank you to EASR, ESE. A special thanks to the ATIPO, for promoting the organization of this conference. We hope you enjoy this conference and that this establishes the grounds for future similar events that explore and push this field even further.