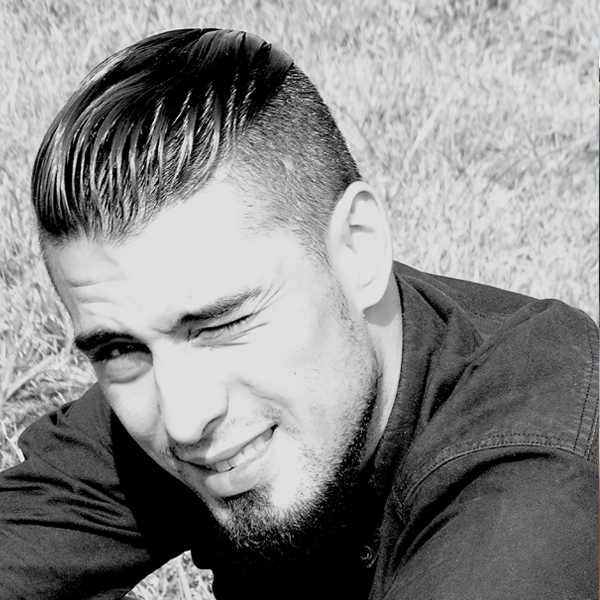 Ivan Postiga (1991), was born in Póvoa de Varzim and holds a Master’s in Fine Arts – Painting from the Faculty of Fine Arts of the University of Porto (FBAUP) with the project “Aesthetic Unconscious – Thought without image and the logic of an expanded meaning” (2019), public defense in which he obtained the maximum classification of 20 values. In professional and academic terms, he is attending the Doctoral Program of Fine Arts at the Faculty of Fine Arts of the University of Porto, under a Research Grant from the Foundation for Science and Technology (FCT), as a non-doctoral researcher, recently integrated into the Institute for Research in Art, Design and Society (i2ADS). In his curriculum, he has awards and individual and collective participation in exhibitions, congresses and scientific events of national and international scope, as well as collaboration in various publications and research events within the context of the Visual Arts. Over the last few years, as an artist/researcher, his interest has centered around the exploration of the concept of “radical experimentation”, where the question of “game”, the processes of transformation and appropriation of the real, and the notion of “gesture” and “authorship” are intimately problematized from notions of “chance”, “randomness” and “indeterminacy”.

Abstract
This PhD Project aims to understand the notion of “play” in the territories of thought and artistic practices, as a representational device or counter-device. In dialogue with various theoretical perspectives, it proposes a reflection on the way in which “play”, from the beginning of the 20th century, more than an “internal” element of the concept of art, following the philosophical tradition, became an “external” model – a strategic space for radical experimentation, capable of functioning as a catalyst for states of creative liberation. Thus, in the light of recent artistic practices, it intends to map the way in which “play” is being activated in the context of Contemporary Art, in order to highlight its contributions as an exploratory model for a methodological reinvention of the various stages, processes, representation strategies and authorial projection.